The Association achieves its goals through a variety of tools, including:

In 1993 a group of independently-minded Polish economists started an initiative aimed at creating a new professional organization. To a large extent it was their reaction to the criticism and opposition to the pro-market reforms attempted in Poland in the early 1990s, coming from the circles associated with the long-established Polish Economic Society (PTE). The latter was very vague as to the direction of necessary reforms and voiced their criticism allegedly speaking in the name of the entire Polish economists profession. Thus, a need to form another professional organization representing the liberal and marked-oriented Polish economists backing the deep systemic changes, popularizing objective economic knowledge and promoting the ideas of economic freedom, became obvious.

The new Association of Polish Economists (Polish acronym – TEP) was registered under the Polish law in November 1994. It mainly consists of economists, but also includes members with other professional backgrounds and active businessmen. We believe that the free market and private property are much more efficient than a government-dominated, overregulated economy. 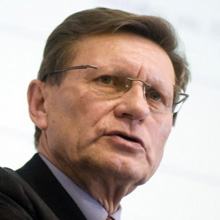 Economist, Professor at the Warsaw School of Economics; Ph.D. at the St. John’s University in New York. Professor Balcerowicz masterminded the economic reforms introduced in Poland directly after the collapse of communism. Deputy Prime Minister and Minister of Finance in the first democratically elected Polish government since the end of World War II. Doctor Honoris Causa of several universities around the globe.

He is the author of more than a hundred books and articles published in Poland and abroad. He received many prestigious awards and decorations, a.o. Poland’s highest decoration, the Order of the White Eagle. He received the Order in 2005 for his involvement in the implementation of economic and political reforms carried out in the early 1990s. He was the Chairman of the Freedom Union party (1995-2000), Chairman of the Board and of the Scientific Council at the CASE Center for Social and Economic Research (1992-2000). From 2001 until 2007 he served as the President of the National Bank of Poland. In 2007 he founded the Forum of Civic Development. Since then, he has been acting as its President of the Board. Professor Balcerowicz is also the Director of the International Comparative Studies at the Warsaw School of Economics.

Economist, member of the Monetary Policy Council of Poland. He graduated from the Warsaw School of Economics and the University of Warsaw. He worked at the Polish Institute of International Relations (1973-1982) and the Faculty of Management at the Polish Academy of Sciences (1982-1984). Between 1993 and 2003 he worked as a Professor and Director of the Chair of International Economic Relations at the Viadrina European University in Frankfurt (Oder) in Germany. Since 2003 he is a Professor at the University of Information Technology and Management in Rzeszów. Since 2010 he is a member of the Monetary Policy Council of Poland. He specializes in macroeconomics and international economic relations. Author of numerous books and articles published in Polish and English, prolific columnist, well known in Poland for his participation in public debates and mass-media appearances.